Jessaca Turner Stults, partner at The Capitol Group, was the founder and managing member of TSS Capitol Group prior to the merger to form the new firm. Jessaca became the executive director the Indiana State Chiropractic Association in January of 2020.  She has worked with the ISCA as the lobbyist and most recently as co-executive director before becoming the Executive Director, since 2011.  She has successfully helped to pass important legislation for the ISCA, including the update to the scope of practice and coverage for chronic pain management as well as protecting chiropractors ability to practice.   Read More 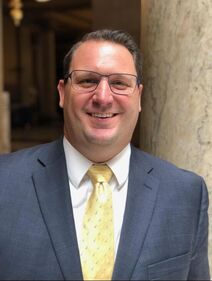 
Russell S Stults II, partner at The Capitol Group, has been in the practice of law for over 15 years.  Russell began his career as a Deputy Attorney General in the Indiana Attorney’s Office and was an associate with Lewis & Wilkins, handling personal injury cases filed against the state of Indiana. He has extensive experience in both the public and private sectors.

Prior to joining TSS Capitol Group, Russell had a successful criminal defense practice. His criminal law practice took him all over the state of Indiana. He represented clients charged with offenses varying from code violations, to misdemeanors and felonies. Through his practice Russell has tried numerous jury and bench trials and spent a significant amount of time in the court room. While running his criminal law practice, Russell also worked for the Marion County Public Defender Agency. His main concentration as a Public Defender was working in Marion County Drug Courts. 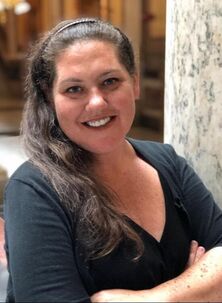 Emily started with the Capitol Group in December of 2018.  She previously worked for a consulting company as an Administrative Assistant and helped manage associations for 7 years.  A native of Indianapolis, IN, Emily is very involved in her community where she has volunteered for different programs and was an athletic director.  Emily she was awarded the Monsignor Albert Buslad Volunteer Service Award in 2016.